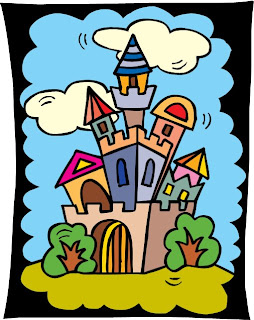 Melanie, my friend and fellow Romance Writer, humbles me with her talent, tenacity and enthusiasm. She just earned her MA in creative writing while working a full-time job and blogging at:

Via her blog, I learned about a new Platform-Building Campaign and ... while it's too late to join ... I felt motivated enough to accept the first challenge.

From Melanie's blog, I quote:


"Here are the rules for the first challenge.

Write a short story/flash fiction story in 200 words or less, excluding the title. It can be in any format, including a poem. Begin the story with the words, “The door swung open” These four words will be included in the word count.
If you want to give yourself an added challenge (optional), use the same beginning words and end with the words: “the door swung shut.” (also included in the word count)
For those who want an even greater challenge, make your story 200 words EXACTLY!"


Here are MY 200 words:
The Door Swung Open
The door swung open, shoving the cloying scent of deep-fried food up her nose. She froze, swallowing down the nausea that threatened to erupt. Not exactly the positive image she wanted to present.
Her new classmates swarmed past her, unaware of the indelible impression they made. Her eyes widened as several students rushed to the dessert counter, grabbing their favorites before the pickings grew slim. Others descended on the hot offerings.
Without thought, she trailed her fingers along the topstitching on her new $100 size 6 jeans and gasped as students piled food onto their trays. No one knew she used to be one of those kids. 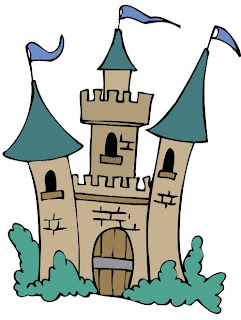 Once the feeding frenzy slowed, she visually carved out a pathway to the salad bar and whispered her mantra. “A moment on the lips, forever on the hips.” She could graze on the greens without fear of adding an ounce. Still she didn’t step forward. If she’d walked in with the others, she might’ve blended into the crowd instead of becoming the focus of two hundred pairs of eyes.

She turned to leave, but the unexpected jostle of a large group propelled her forward into the cafeteria. Behind her, the door swung shut.
Posted by Patti Macdonald at 4:59 PM 1 comment:

Email ThisBlogThis!Share to TwitterShare to FacebookShare to Pinterest
Labels: The Door Swung Open

Will you be satisfied with what's beneath the dome?

Some cooks go COMMANDO and leave the flavoring up to the consumer. Others prefer the KAMIKAZE approach, leaving the consumer with a decision: take it or leave it. 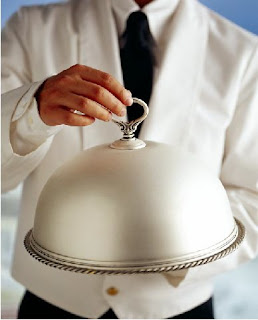 Writers are more fortunate. We have two firm choices and a myriad of points along the continuum.

My writing preference is to add enough flavoring to define my stories, but no so much that the readers can't personalize it for their own enjoyment.


Perhaps this is a variation of the age-old Pantser vs. Plotter debate. Some of us prefer to follow a recipe, while others prefer to experiment a bit more.

What's your style?
Posted by Patti Macdonald at 12:50 PM 3 comments: 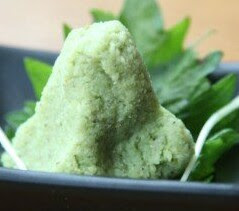 Good writing is a lot like Wasabi, it stays with you long after you've finished. For such a pleasing green, it packs a surprising punch.

Spring Guns and Ammo was the site of our NorthWest Houston Romance Writers' "So You Want To Learn To Shoot A Gun!" field trip on February 25th. I'm a pacifist at heart and had never touched a gun, much less aimed one at anything. My goal was to experience handling and shooting a gun in order to write accurately about it.


After instruction on safe weapon handling and a Q&A session, we geared up and went into the shooting range. The first time I pulled back the trigger and released the bullet, I experienced the rush of adrenaline I'd only read about. Despite the hearing protection I wore, the noise was earsplitting.The kickback from such a small pistol startled me and I most certainly jumped back when the shell casings from another shooter danced around on the cement floor.

First-hand experience won't guarantee that a writer uses the proper terminology, but it will provide accurate emotional description. Am I advocating that murder and mayhem have to be experienced firsthand? Not hardly! Sometimes secondhand information has to suffice. Talk with experts, interview witnesses and victims, find a way to get the most bang for your buck.

Bottom line, I learned how to make a BIG BANG and even managed to hit the target!
Posted by Patti Macdonald at 8:48 AM No comments:

Basil ... No, not the Rathbone variety 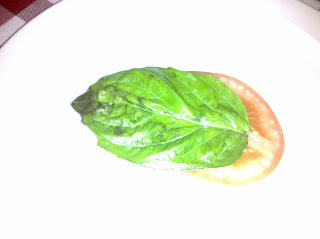 Basil ... No, not the Rathbone variety
Today's photo is compliments of Laurie Johnson, a glorious cook and friend extraordinaire. After receiving her yummy photo, I just had to write about Basil today. Naturally my mind wandered and I thought of a different Basil. Personally, I find him even yummier.
My favorite dish containing basil has to be Bruschetta with basil and tomatoes. It's a great way to start off an Italian meal, without overpowering the appetite or the palate. The beginning of a novel may start off the same way, not wanting to overwhelm the reader. While this approach may work well in culinary circles, today's fiction readers often prefer to start out with more of a bang.
More later.
Posted by Patti Macdonald at 6:42 PM No comments:

"Cinnamon Let Me In!" 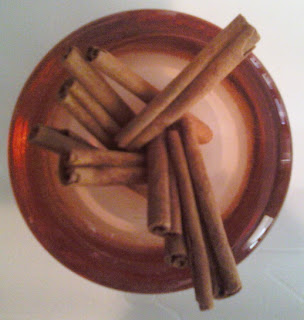 Cinnamon Let Me In!*
Warm cinnamon rolls, smothered with creamy icing that drips down the sides; the rich scent of cinnamon toast. While the recipe for cinnamon toast is simple, the proper combination creates a toasted ambrosia. Good writing works the same way. It doesn’t have to be fancy, or decked out in multiple adjectives. It just has to draw the reader in; the same way that grocery stores sometimes put their bakeries near the front door so the heated splendor can tantalize potential customers.
Cinnamon is one of those spices that just does it for me! The scent of those aromatic cinnamon sticks is irresistible. Their aroma lifts my spirits and brings back memories of winter card games when I was a child.  I think of my younger daughter’s glee when Kellogg’s came out with Cinnamon Mini Buns Cereal. And, while I most often think of cinnamon’s culinary uses, I was fascinated to learn in grade school that cinnamon was also used for embalming in ancient Egypt. When writing, sometimes it’s more effective to use alternate meanings or bring less obvious information into play; it has the potential to create more memorable passages.
Don’t forget to find your own ‘cinnamon” and LET IT IN!
BTW, I’m dying to try out this recipe:
http://thepioneerwoman.com/cooking/2010/04/the-right-way-and-the-wrong-way-to-make-cinnamon-toast/
*“One potato, two potato, three potato, four
Open up Cinnamon, I want more”
As a teen listening to Derek’s Cinnamon, I was primarily focused on the tune and the beat. As a romance writer, I can’t help but snicker at the dual meaning of the simple lyrics. Those less-explicit euphemisms probably allowed the song to get past the censors and in writing, they may bring a certain level of comfort to some readers, allowing them to read something that they would otherwise find offensive. What titillates one reader may be what causes another to return a book to the shelf without buying it.
Posted by Patti Macdonald at 6:20 PM 1 comment: 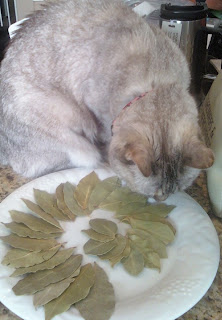 Cooking with a bay leaf is a lot like writing back story or character sketches.
Part of flavoring your plot is tossing in a variety of ingredients while you’re writing the first draft. You can always remove some of the ingredients later. If you write them in, at least you’ve got them handy when you need them. You might even find their unique flavor will thrust your story in a different direction; just like my Nikki did when she jumped onto the counter while I was photographing the bay leaves. I certainly hadn’t intended for her to be part of the photo, but must admit that she added her own unique twist to it.
While the bay leaf isn’t an impressive shade of green, its flavoring and scent can be quite memorable. Details in your story can be the same way. Dropping subtle hints at the appropriate time can foreshadow action, provide character details, or even grow your plot.
My philosophy:
MEASURE when you cook and USE ABANDON when you write.
If you allow your story to SIMMER, your characters and plot will absorb sufficient flavor. Then when you’ve reached the editing and revising stage, you’re ready to pull out superfluous details, much the same way you allow a soup or stew to absorb the bay leaf’s flavor before you pluck it out and toss it away.
Then, SERVE IT HOT.
Note: No, my cat's not eating bay leaves, but she obviously liked the scent well enough to jump onto the counter to sniff at them. For those of your concerned that bay leaves are poisonous to cats, rest assured that I took no chances and removed Nikki and the bay leaves from the counter as soon as I took the picture.  Then I checked the ASPCA’s website http://www.aspca.org/pet-care/poison-control/plants/ and learned the bay leaves used in cooking are not toxic to cats, though they can be toxic to some livestock – which is not the same as saying you should feed them to your cat. The leaves remain quite stiff even after simmering for hours and your pet could choke on them.
Posted by Patti Macdonald at 11:41 AM 1 comment: 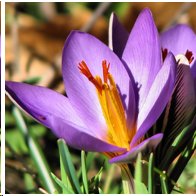 The dichotomy between Donovan’s “Mellow Yellow” and his reference to saffron made this a memorable song for me many years ago. His deep rich voice permanently etched the song and color in my mind. I’ve always thought of saffron as the color of school buses and taxis, and perhaps even a yellow submarine or two. Saffron isn’t exactly a mellow yellow, but a heavily saturated color that once seen is never forgotten. Before today, I’d only seen saffron carefully wrapped in paper and kept in a spice jar, but I learned that saffron comes from the Crocus sativus. (pictured above) Now when I think of the color saffron, I will remember its vibrant contrast to its lovely purple blooms.
There’s a reason school buses are painted that bright color; it draws your attention and keeps the students safe. In much the same way, a well written scene will stay with your reader. Writing a scene shouldn’t be a mellow experience either, but one that stands out in your mind.  Each scene needs a pinch of saffron to make it memorable.
Posted by Patti Macdonald at 6:16 PM No comments:

Add A Dash of Spice to Your Writing!